They are larger than a television tower and can carry twice the weight of the Eiffel Tower. The top 10 largest and strongest cranes in the world are simply incredible. We introduce you to the ranking published by the online marketplace Machineseeker.com and go beyond your imagination.

The crawler-type crane Liebherr LR 13000 exceeds the world’s highest church tower – the Ulm Cathedral (162m) – by as much as 86 metres. This makes it the world’s largest mobile crane. Inconceivable: By combining the 120 m long main mast with the 126m long luffing jib, the monstrous lattice mast system achieves an impressive 246 m.

“The crane can be assembled on site from several individual parts in no time at all and is immediately ready for use”, explains Thorsten Muschler of Machineseeker.com, the world’s leading online marketplace for used stationary machinery. Unbelievable: The monster can carry up to 3,000 tons of ballast at a tare weight of just over 600 tons – more than ten large trucks. This makes it the largest crawler crane in the world. 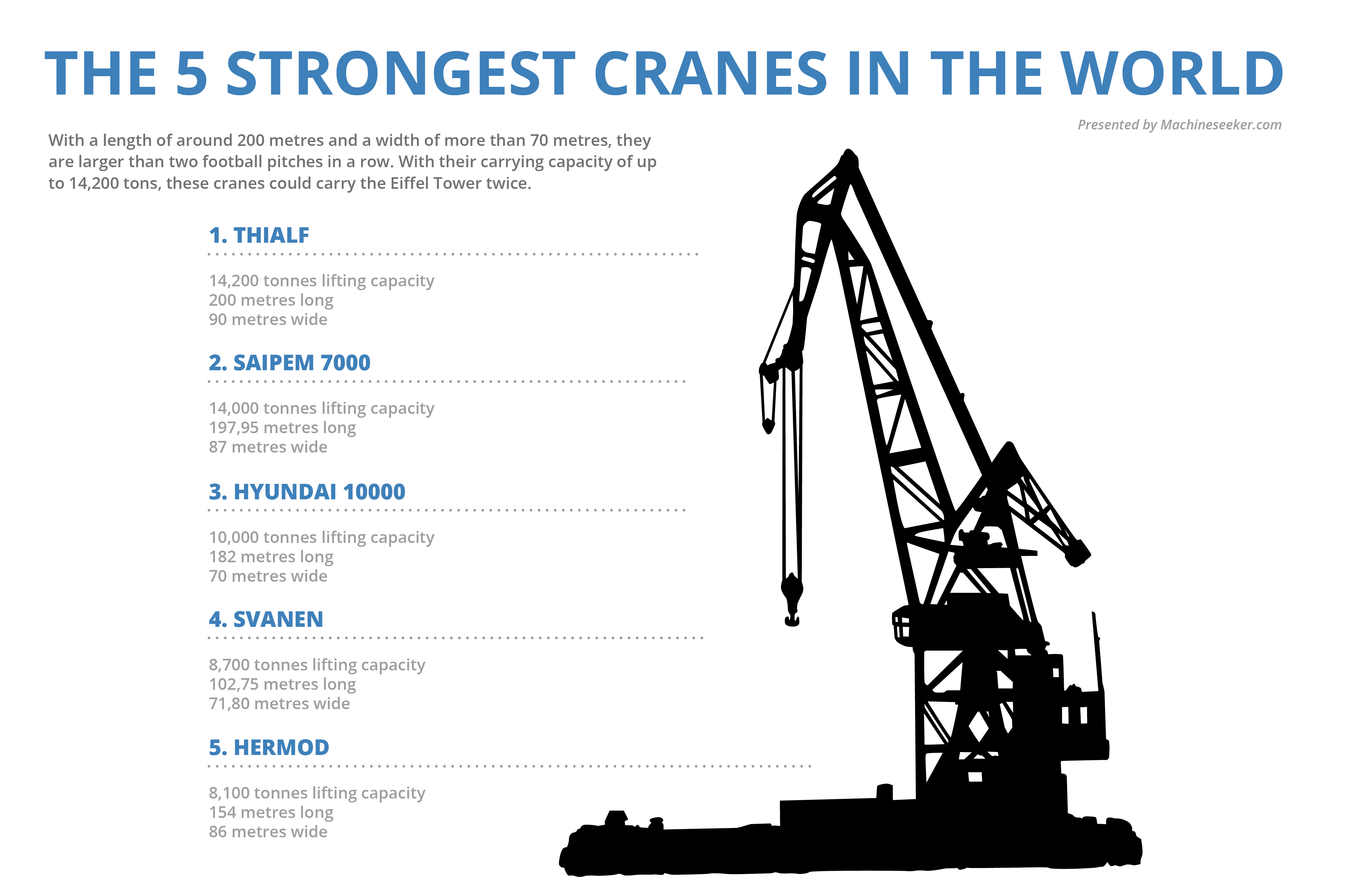 The most powerful crane in the world is the Thialf – with a length of 200 metres and a width of 90 metres, the floating crane is as large as two football pitches in a row. In addition, the giant has room in its cabins for up to 736 people, as much as two passenger aircrafts.

Incomprehensible: Due to its enormous carrying capacity, the monster can carry up to 14,200 tons of ballast. That’s the weight of an average submarine. The Dutch manufacturer HMC Heerema carries the world record for the highest load-bearing capacity.

Biggest machines in the world